The human body is vastly intelligent and more than capable of repairing and maintaining itself. All the body needs are the right resources. The Quantum Energy Wellness Bed (QEWB) is a titanium- lined wellness bed that was designed to recreate the natural resources we lack through a powerful combination of heat, sound, microcurrent, and quantum energy. The QEWB condenses the powerful healing properties of nature, simulating the effect of many days spent in a forest through only a short, 30-minute session on the bed. The QEWB was made for anyone who wishes to reach optimum wellness. Approximately 55% of the population is now using alternative methods like the QEWB because they are seeing results.

Patients will require 30 minute to one hour sessions, five days a week for three weeks to reach optimal cellular voltage.

The mission of this bed is to provide a safe alternative to a natural and non-invasive treatment for increasing the body’s cell voltage. The Qewb using our body’s natural electricity to accelerate or improve wound healing, plus treat pain and inflammation in subcutaneous tissues. Why treating inflammation is critical Inflammation is part of the immune response. It‘s a process that depends both on the physical actions of white blood cells and the chemicals that they produce: antibodies, cytokines, and the like. Over the last several decades, scientists have identified dozens of new immunological and inflammatory molecules and the pathways through which they interact. The loops and feedbacks of those pathways mean inflammation can be turned on and off in any number of ways. The problem comes when it is left on, for some as yet unidentified reason.

The human body—runs on mostly positively charged ions of elements like potassium, sodium, and calcium. Using the bed allows its stored information to affect a biological system in a beneficial manner, mainly because of its quantum coherence effect. The quantum coherence effect can be defined as a “correlation of wave-like entities”. You could say quantum coherence is a measure of the strength of quantum correlations. The bed helps “line up” the molecules in the body, in a more ordered way, using zero-point antenna technology, making the cells work better. This helps treat inflammation as well as other benefits. The QEWB bed can reduce cytokine storms, making it a potential ally in the war against this deadly disease. More cell improvement DNA exhibits increased electrical conductivity in the presence of the bed, which has favorable implications for the repair of damaged DNA.

Why use this technology?

It has unique features using far infrared heat and micro-current in waveforms compatible with the human body. The Qewb works and it’s light years ahead of competition. The research is clear. The powerful full body Quantum Energy Wellness Bed presents a broad range of benefits that amplify quickly and cross over into performance, wellness, and pain relief. It meets the requirements in the category of Transcutaneous Electrical Nerve Stimulation. These benefits reach nearly every condition with no known negative side effects. The new patented medical version of the QEWB will be a game changer in the field of Full Body Therapy and Energy Medicine. 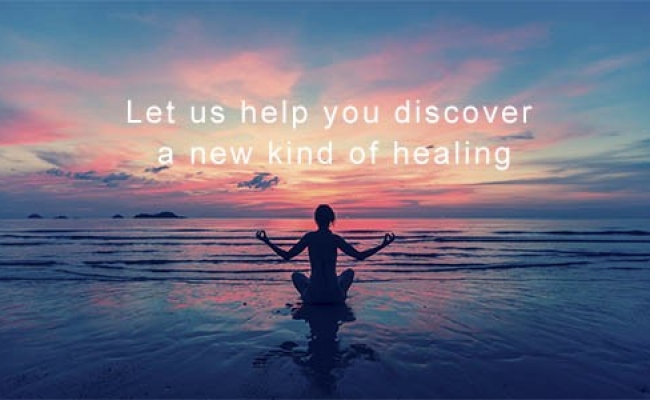 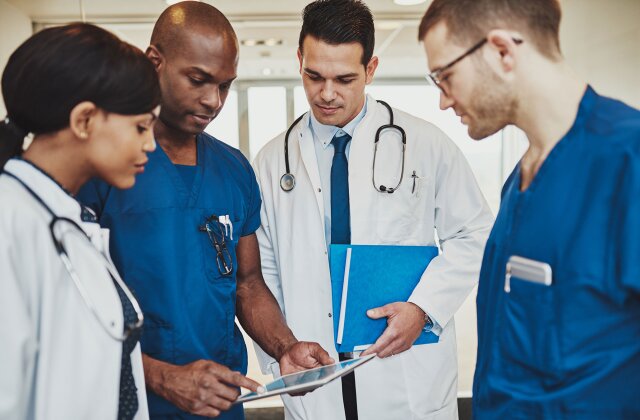 One of the pioneers in the investigation of voltage in our body and its influence, is Jerry Tennant, an ophthalmologist who through his surgeries acquired a virus that caused him encephalopatitis and other defects in the nervous system that had no cure.

For seven years he needed to rest or sleep 16 hours a day, but he knew that if he could figure out how cells work properly, he could heal all of them. He became a homeopathic and naturopathic doctor and ended up healing himself, currently runs Tennant Institute for Pastoral Medicine, wrote many books and also is counselor in some universities and conventions. He states: “Almost all chronic disease is characterized by low voltage. Just as a new car without a battery isn’t going anywhere, a body without a functional electrical system doesn’t work either.

Since we are a portable system, we must have a battery system that provides voltage as we move about. Our MUSCLES are voltage generators, as well as rechargeable batteries. However, this system only works when we are moving and exercising. Without exercise, our battery system goes dead. In addition, it is exercise that activates our lymphatic system to remove waste protein from dead cells from within our body.

To reverse chronic disease, we must look for the reasons why we have lost the ability to make new cells that work. Making new cells requires: -50 millivolts of energy, amino acids to make the inside of cells, fats to make the outside of cells, vitamins and minerals to make the metabolic processes work, oxygen as a fuel system (to metabolizing fats and glucose), and the lymphatic system to remove toxic substances.

We replace our skin every six weeks and our entire liver every eight weeks. Chronic disease occurs when we lose our ability to make new cells properly. Since atoms make up cells, and cells make up all the systems in our body. He describes how it’s the sunlightactivated photons, discreet particles/waves of light, which are absorbed and released as electrons that comprise the non-physical light-energy aspect of our being. (In 1905, Einstein wrote that light absorption can release electrons from atoms, called the photoelectric effect, and for this he received his only Nobel Prize for Physics in 1921.)

It is also important to know that human tissue is like a sponge, as we age, we absorb micro particles (toxins) into our tissue. The source of these toxins vary, the point is that these toxins prevent light from getting to the cells. When you lessen your body’s ability to store light, you signal your body to begin the aging process. It is the same in nature, as when flowers prepare for death and the leaves fall from the trees. The flowers and trees are aware that there is less light beginning in the fall months of the year. All of us die eventually and one of the main reasons is due to the loss of hydrogen or the hydrogen deficiency.

Tennant explains further that the acid-alkaline balance, or pH (short for potential hydrogen), is really a measurement of voltage. He highlights the difference between electron stealers (free radicals) and electron donors (antioxidants). A free radical is a molecule that is missing electrons and an antioxidant is a molecule capable of giving away electrons.

An electrome (novel term) stands for the totality of all ionic currents of any living entity, from celular to the organismal level. Cellular electricity is truly vital. Death of any ensues at the very momento that is invariably executed by sender- reciever entities that incessantly handle information. Information itself is inmaterial (no mass).

Both mechanism are instrumental to the functioning of all cells, in particular to their still enigmatic cognitive memory system. Ionic/ electrical currents associated with cystoskeleton likely play a key role but have been largely overlooked.

Tennant has measured that we maintain our cells and heal primarily by making new cells, which requires a voltage of -50 millivolts. Disease is always defined by having low voltage—not enough horsepower for cells and organs to do their jobs properly.

Low voltage = low energy, toxicity and degeneration—we get sick and tired. The following chart helps us to understand the differences in relationship of the human body and pH.

One of the evidences is that sometimes when diseases appear, it is mentioned that it is due to the acidity of any kind, what this really means is that the voltaje of the body is very low and is in an electron stealing state. Must be have electrons available to work or cells will die.

The primary aspects that affect the voltage in cells are:

THIS IS KEY: Our cells are 70+ percent water! The amount of oxygen that will dissolve in water is dictated by the voltage of the water. When voltage is raised, more oxygen will dissolve in the water and be available to release electrons. However, when voltage drops, oxygen comes out of solution and leaves the water, and thus, our cells.

So we see that we need the basics: exercise, sunlight, fresh air, and clean water! But how do cells normally get voltage? There are many ways that the body is intended to access free electrons. However, our modern lifestyles, clothing, and equipment have tended to eliminate and/or insulate us from most of these sources:

WATER from the ground contains electrons (alkaline water). But when chlorine and fluoride are placed into tap water, it turns into an electron stealer. Swimming in stagnant or chlorinated water will steal electrons from you. Moving water is always an electron donor.

Swimming in moving water will give you electrons (more effectively through the conductiveminerals in the ocean).

FOOD. We lose electrons by drinking carbonated, caffeinated, and alcoholic beverages, and by eating junk food.Unprocessed and overly cooked food has no voltage. When you eat processed food, your body must rob electrons from other sources to digest it. Eating raw, live, whole foods provides electrons.

AIR/OXYGEN. Free electrons are all around us and oxygen is the most abundantly available antioxidant. Breathe deeply often, which is especially great while walking outside, and even

better when barefoot! However, moving air (as in wind, air conditioning, sleeping with fans, or hair dryers) is an electron stealer.

PRAYER, MEDITATION & POSITIVITY. It’s no longer a mystery or a “quackery” to believe that optimism and a great attitude prolong life span, promote immune health, and accelerate healing. Electrons will follow conscious intent; they are attracted to positivity! The phrase: “Reconnecting to the source for a recharge” applies to plugging your electronic device into a charger AND, for many, it also applies to connecting with their spiritual Source. As we come to understand quantum realities and their signifcance, we see that electrons ultimately come from their Ultimate Source. This is the nexus point between particle and wave, between matter and spirit.

You now can see that we humans are electrical beings and are designed to recharge ourselves simply in the ways that our grandparents did: They worked outside in the sun, drank water from a well, ate unprocessed foods, gardened and touched the Earth with their hands and feet.

Due to current lifestyles and the fact that there are fewer natural places near cities, has led to people like Tennant and others, to manufacture machines that facilitate the obtaining of energy to optimize our health, one of these is the “Quantum energy bed”, created by Dr. Ralph Suddath who has more than 20 years of experience in this field

“I think this bed is going to change the world.”

“I could feel my cells literally lighting up. It was like an orchestra playing in complete harmony.“

“I became aware of a feeling that my body was pure light and felt light as a feather. It was like my physical body was just pure air.”