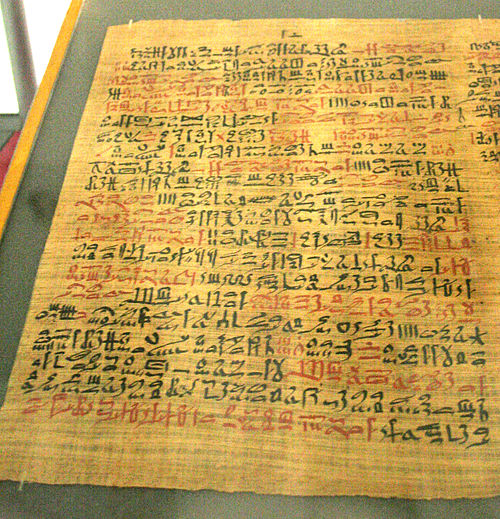 Babylonian and Assyruan tablets include cuneiform inscriptions on the use of enemas.

Asclepiades used the enema for intestinal worms and fevers.

The Greek physican Galen one of the most skilled physicians of his time, was also a proponent of the use of enemas.

Historical references for colon hydrotherapy can even be found in such important religious text such as the Essene Gospels of Peace where Jesus explains the importance of colonics.

Aetius, a Greek physician of the sixth century, who recommended enemas of pure water.

Along the Ivory Coast, inhabitants administered enemas using a calabash (gourd) filled with water and in certain African tribes, a hollowed cow horn was utilized for enema.

The first recorded apparatus was the enema syringe; however, there is debate as to who should be credited with first describing the enema syringe. Lieberman gives credit to Avicenna (980-1036 A.D.) as the first to describe the enema syringe, while Friedenwald indicates that honor should be given to Albucasis of Cordova (1013-1106) who also developed the ear syringe.

The preferred and most readily available apparatus remained a tube made of bone, reed or metal connected to a sleeve or animal bladder called the “clyster purse”. The bag was emptied by squeezing it between the two hands. Dr. Russell reports that in Spain, the method was called “playing the bagpipes”.

During the middle ages, information on the enema continued to grow and the use of the enema became the popular vogue of the wealthy and even reached to the highest levels of the royalty.

In 1480, Louis XI suffered an attack of apoplexy which was relieved by an enema, tendered under the direction of his physician, Angelo Catho. “The king became such an ardent advocate of clysters, that he even had his pet dogs clysterized when he thought they required it.”

The 17th Century became known as the “age of the enema”, or the “age of clysters”. It was an acceptable practice in Parisian society to enjoy as many as three or four enemas a day, the belief being that an internal washing or “lavement” was essential to well-being. It is recorded that King Louis XIII had more than 200 enemas in one year.

By this time, the clyster syringes came in several styles. The clyster syringes were made of copper or porcelain, and the wealthy had syringes made of mother of pearl and silver. It was considered good form to own several syringes and some aristocrats, it is said, even owned large collections of such instruments.

The clyster reached the ultimate height in the early years of the reign of Louis XIV (1638-1715) who, it is reported, had over 2,000 enemas during his career. The “Enema King” sometimes even held court functions and received visitors during the procedure.

Edward Jukes developed two types of enema apparatus units that might have been the precursors for colon hydrotherapy equipment today.

By the late 19th Century and early 20th Century, with the advent of rubber, the enema or clyster slowly gave way to colon hydrotherapy equipment which improved the cleansing of the colon. But this was also the time that the use of Colon Hydrotherapy and of enemas began to lose favor among the medical community as laxatives and other drugs became commercially more available.

19th century Colon Hydrotherapy was rejuvenated in the United States by Dr. Kellogg, a strong proponent of the enema in the treatment of many diseases.

The Plombieres by De Langenhagen apparatus was first introduced and allowed the client to receive the procedure in a reclined position.

Vincent Priessnitz is credited with developing the use of the enema and the clyster into a systematic form of therapy.

In 1932, W. Kerr Russell, M.D., B.S., wrote a book entitled Colonic Irrigation. This was the first documented use of the term “colonic irrigation”, which Dr. Russell used interchangeably with “colonic lavage”.

Following Dr. Russell’s lead, more books are published on the subject: Chronic Intestinal Toxemia and its Treatment by Dr. James W. Wiltsie in 1938 and Scientific Intestinal Irigation and Adjuvant Therapy by Dr. E.G. Waddington in 1940. Dr. Waddington described the Honsaker Lavagatory as having “a graduated volume control for regulating the rate of flow into the patient’s rectum, and a directional control for diverting the fluid from the reservoir into the colon and from the colon intothe toilet bowl”.

Colon hydrotherapy was flourishing in the United States. The prestigious Beverly Boulevard in california was then known as “colonic row”.

Most colon hydrotherapy equipment was removed from hospitals and nursing homes in favor of the colostomy, fleet enema and prescriptive laxatives.

Whorton (2000) provides a detailed history of the concepts of constipation, inner hygiene and colon cleansing. He describes in eloquent detail the rationale behind regarding the colon as a “toxic sewer” responsible for disease in the 1800s.

There have been many different apparatus types used throughout the years. Today in the United States there are 8 different types of Colon Hydrotherapy devices registered with the FDA. Some are open systems and some are closed systems, terms which describe whether or not the effluent from the device is piped directly to sanitary waste disposal. All manufacturers of FDA registered equipment must use disposable speculums or rectal nozzles to ensure patient safety.

Back to Colon Hydrotherapy
Continue on to Why Cleanse?

Services By Appointment Only

We have Spa Gift Cards!

We have Spa Gift Cards!

“ Every tissue in the body is fed by the bloodstream, which is supplied by the bowel. When the bowel is dirty the blood is dirty and so are the organs and tissues. It must be the bowel that is cared for first.”

" So I tell you truly, suffer the angel of water to baptize you also within, that you may become free from all your past sins, and that within likewise you may become as pure as the river's foam sporting in the sunlight."

" Colon hydrotherapy eliminates from the bowel the repository of accumulated waste material which may disadvantageously get absorbed."

" The toxin deposition which becomes lodged throughout the body's tissues and cells becomes capable of triggering a variety of illnesses," " There's lots of them." says rheumatologist Dr. Arthur E. Brawer.

Some disease symptoms to which clients have reported relief or improvement after Colonics or Colon Hydrotherapy include:

"The therapeutic goals of colon therapy are to balance body chemistry, eliminate waste, and restore proper tissue and organ function." .

I came to Atlanta Colonic & Massage spa for a clean start, strictly for the benefits of the heated bio-mat sessions they offer (The bio-mat offers SO MANY great health benefits especially for my health) and saw that they offer massages enhanced with the bio-mat. I made an appointment for the 1hr massage enhanced bio-mat session and was scheduled with Dawn. I've been to other places for massages before but this honestly was the BEST massage hands down. Dawn was personable and made sure that I was comfortable, coached me through proper breathing to get the full advantage of my massage, And at the end of every breath told me "let go", also focused on my areas of tension and stress. I'm used to going to get a massage and not much is said through the massage even about breathing properly. For my first visit they offered an introductory price which was nice for a first visit! I also scheduled another visit 30 days out & again BEST massage ever, with the heated bio-mat being a great bonus with the massage! I can definitely feel the difference in my body, health benefits and well being after every visit & will continue to do so.".

"…I use to think that colonics were some sort of scam or rip off, but I was wrong. After getting a colonic, I realize what an incredible experience they can be and how great I feel afterwards… my location for colon cleansing in Atlanta".

"…Visited several spas that offered colonics and all claimed to be “the best colonic provider in Georgia" but was really not very impressed with any of them. Then I tried Atlanta Colonic and WOW what a difference, very nice place, clean and professional. Had an incredible experience…its the best colonic irrigation spa as far as I'm concerned..." .

"…Just returned from my 3rd visit to Atlanta Colonic and Massage, great place, very clean and professional. After a few colonics I have had a noticeable improvement in my candida and yeast infections. I also tried their Isagenix Product B and can really feel the difference in my level of energy and overall health..." .

"…spent a week at Disney with the kids.. needless to say we didn't eat well. I felt tired and bloated after. My sister told me to try a colonic... where can I go to get a colonic? She recommended Atlanta colonic in Alpharetta based on her experience... Nice spa and very clean too. I feel much better now..." .

"…I had always thought Colonics were just something weirdos health nuts like Michael Jackson or Madonna did or Olympic athletes or Lance Armstrong used to cover up doping..:-q. ...but I tried it and could not believe how great I felt afterwards. I'm a believer! Atlanta colonic is the best..."

"…As little as 6 months ago, I felt bad all the time and was struggling to function. My primary problem was difficulty eating and digesting anything. Being in my mid 50's (and very thin) I wanted to ignore it and call it aging. However like many of us, I had to address the problem just be able to do my job and support my family. I decided to get a clean start and give Atlanta Colonic a try (having tried many things over the years including GI Doc's who said there was nothing wrong with me). After a nice conversation with the owner (Teresa) I decided to try a series of high colonics. The results were nothing short of astonishing. Not only do I feel better, but I have measured the results in the gym. For example, I bench pressed 220 lbs a few weeks ago (having never hit that number in my life). I have lost about 24 pounds and I actually enjoy mealtime again. How did it happen? I had the diagnostic (baseline + followups), took the supplements, followed the lifestyle changes recommend and I had the colonics. Cleaning out my liver and colon was the key. I can't tell you how happy and thankful I am that God put ACM in my path ".

"…after the Trump election, I needed rehydration to avoid opioid-induced constipation and depression …the colonic was actually a nice, warm, clean and relaxing experience... felt great afterwards too…" .

"…I needed relief from chronic constipation and my doctor could not really say why... so he had me on several weight loss drugs. None really worked well and I had terrible side effects from some... including bloating and cramping. The colonics worked and I found them to be a nice, warm and relaxing experience... I get one every 2 weeks now and feel soooo much better…".

"…had 2 high colonics and lost 6 pounds! Was able to fit into my wedding dress. Nice place and people too…".